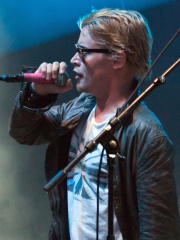 Macaulay Macaulay Culkin Culkin (born Macaulay Carson Culkin; August 26, 1980 (1980-08-26)) is an American actor. Regarded as one of the most successful child actors of the 1990s, he was placed on VH1's list of the "100 Greatest Kid-Stars".Culkin rose to prominence as a child actor starring as Kevin McCallister in the first two films of the Christmas franchise Home Alone series, for which he was nominated for the Golden Globe Award for Best Actor – Motion Picture Musical or Comedy. He also starred in the films My Girl (1991), The Good Son (1993), The Nutcracker (1993), Getting Even with Dad (1994), The Pagemaster (1994) and Richie Rich (1994). Read more on Wikipedia