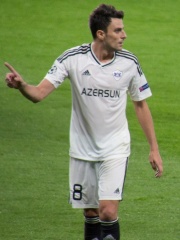 Miguel Marcos Madera (born 8 November 1985), commonly known as Míchel, is a Spanish professional footballer who last played as a central midfielder for Spanish club Marino de Luanco. Having been brought through the youth academy of Real Oviedo, he played with the first team of rivals Sporting de Gijón in both the Segunda División and La Liga, before eventually leaving for Premier League club Birmingham City in January 2010. He spent the second half of 2010–11 on loan at AEK Athens, before returning to Spain for a three-year spell with Getafe. Read more on Wikipedia

Page views of Míchels by language