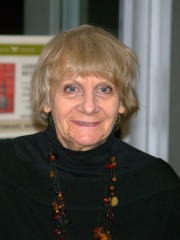 Lyudmila Stefanovna Petrushevskaya (Russian: Людмила Стефановна Петрушевская; born 26 May 1938) is a Russian writer, novelist and playwright. She began her career writing and putting on plays, which were often censored by the Soviet government, and following perestroika, published a number of well-respected works of prose. She is best known for her plays, novels, including The Time: Night, and collections of short stories, notably There Once Lived a Woman Who Tried to Kill Her Neighbor’s Baby. Read more on Wikipedia

Since 2007, the English Wikipedia page of Lyudmila Petrushevskaya has received more than 61,146 page views. Her biography is available in 17 different languages on Wikipedia making her the 3,624th most popular writer.