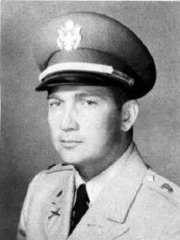 Luis Clemente Posada Carriles (February 15, 1928 – May 23, 2018) was a Cuban exile militant and Central Intelligence Agency (CIA) agent. He was considered a terrorist by the United States' Federal Bureau of Investigation (FBI) and the Government of Cuba, among others.Born in Cienfuegos, Posada fled to the United States after a spell of anti-Castro activism. He helped organize the Bay of Pigs Invasion, and after it failed, became an agent for the CIA. He received training at Fort Benning, and from 1964 to 1967 was involved with a series of bombings and other covert activities against the Cuban government, before joining the Venezuelan intelligence service. Read more on Wikipedia

Since 2007, the English Wikipedia page of Luis Posada Carriles has received more than 345,127 page views. His biography is available in 17 different languages on Wikipedia making him the 119th most popular extremist.

Among EXTREMISTS In Cuba