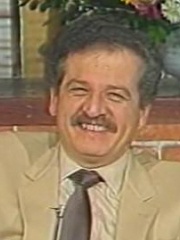 Luis Carlos Galán Sarmiento (29 September 1943 – 18 August 1989) was a Colombian liberal politician and journalist who ran for the Presidency of Colombia on two occasions, the first time for the political movement New Liberalism that he founded in 1979. The movement was an offspring of the mainstream Colombian Liberal Party, and with mediation of former Liberal president Julio César Turbay Ayala, Galán returned to the Liberal party in 1989 and sought the nomination for the 1990 presidential election, but was assassinated before the vote took place. Galán declared himself an enemy of the drug cartels and the influence of the mafia in Colombian politics, in this case the main drug cartel being the Medellin Cartel led by Pablo Escobar and who unsuccessfully tried to become a member of the New Liberalism Movement in his bid to become a member of the Colombian House of Representatives. Galán denounced Pablo Escobar in a public rally, and supported the extradition treaty with the U.S, contrary to the wishes of the Colombian cartels that feared extradition to the U.S. Read more on Wikipedia

Among politicians, Luis Carlos Galán ranks 4,731 out of 15,710. Before him are Leonnatus, Kiril, Prince of Preslav, Ásgeir Ásgeirsson, Emperor Sushun, Neferkara I, and Askar Akayev. After him are Karl von Habsburg, Narai, Conrad II of Italy, Bernard of Saxe-Weimar, Slavko Kvaternik, and Mehmed I Giray.