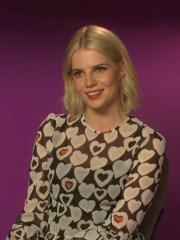 Lucy Boynton (born 17 January 1994) is a British-American actress. Raised in London, she made her professional debut as the young Beatrix Potter in Miss Potter (2006). She starred in television productions Ballet Shoes (2007), Sense and Sensibility (2008) and Mo (2010), making guest appearances on Borgia, Endeavour, and Law & Order: UK. Boynton portrayed writer Angelica Garnett on Life in Squares, which aired on BBC. She appeared as an isolated popular girl in The Blackcoat's Daughter (2015) and starred as a bold aspiring model in Sing Street (2016), which met critical acclaim. Read more on Wikipedia