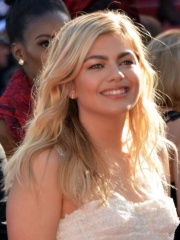 Anne Peichert (French pronunciation: ​[an peʃɛʁ]; born 26 November 1996), known by her stage name Louane Emera ([lwan emɛʁa]) or simply Louane, is a French singer and actress. She is best known for being a semi-finalist in the second season of The Voice: la plus belle voix in France with Louis Bertignac as a coach. Read more on Wikipedia

Page views of Louanes by language

Among singers, Louane ranks 2,388 out of 3,541. Before her are Sara Tavares, Jermaine Stewart, Sabrina, Alan Dawa Dolma, Nick Oliveri, and Tanya Tucker. After her are Slick Rick, Paul Banks, Shy'm, Sizzla, Basta, and Mark Tremonti.