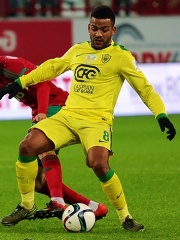 Lorenzo Ebecilio (born 24 September 1991) is a Dutch professional footballer who plays as a midfielder for Jubilo Iwata in the J1 League. An Ajax academy product, he debuted for AFC Ajax in the 2010–11 Eredivisie and, during the first two seasons, despite his young age, he established himself as a regular starter and contributed significantly for two championships. However, his playing time dropped significantly in his third season, so in January 2013 Ebecilio leaves Ajax, coincidentally, does Ajax´s domination in the league. Read more on Wikipedia

Since 2007, the English Wikipedia page of Lorenzo Ebecilio has received more than 149,342 page views. His biography is available in 23 different languages on Wikipedia making him the 5,284th most popular soccer player.