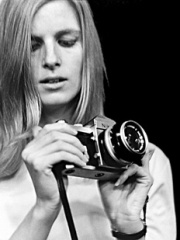 Linda Louise McCartney, Lady McCartney (née Eastman; September 24, 1941 – April 17, 1998) was an American photographer, musician, animal rights activist, vegetarian cookbook author and advocate, and entrepreneur. She was the keyboardist in the band Wings, which also featured her husband, Paul McCartney, a former member of the Beatles. Beginning in the mid-1960s, Linda began a career as a photographer, landing with Town & Country, where she soon gained assignments to photograph various musicians and entertainers. Read more on Wikipedia

Linda McCartney was a photographer and animal rights activist. She was married to Paul McCartney and they had four children together. She was diagnosed with breast cancer in 1995 and died from the disease in 1998.

Among companions, Linda McCartney ranks 300 out of 673. Before her are Philippa of Hainault, Princess Zorka of Montenegro, Vanessa Paradis, Maria of Antioch, Margaret Leijonhufvud, and Olivera Despina. After her are Queen Rania of Jordan, Margaret of France, Queen of England and Hungary, Scribonia, Dorothea of Saxe-Lauenburg, Rogneda of Polotsk, and Karin Månsdotter.