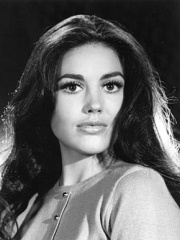 Linda Melson Harrison (born July 26, 1945) is an American television and film actress, and director and producer, who is internationally known for her role as Nova, Charlton Heston's mute mate in the science fiction film classic Planet of the Apes (1968) and the first sequel, Beneath the Planet of the Apes; she also had a cameo in Tim Burton's 2001 remake of the original. She was a regular cast member of the 1969-70 NBC television series Bracken's World. She was the second wife of film producer Richard D. Read more on Wikipedia

Since 2007, the English Wikipedia page of Linda Harrison has received more than 41,090 page views. Her biography is available in 21 different languages on Wikipedia making her the 1,611th most popular actor.