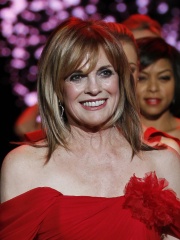 Linda Ann Gray (born September 12, 1940) is an American film, stage and television actress, director, producer and former model, best known for her role as Sue Ellen Ewing, the long-suffering wife of Larry Hagman's character J.R. on the CBS television drama series Dallas (1978–1989), for which she was nominated for the 1981 Primetime Emmy Award for Outstanding Lead Actress in a Drama Series. The role also earned her two Golden Globe Award nominations. Gray began her career in the 1960s in television commercials. Read more on Wikipedia

Since 2007, the English Wikipedia page of Linda Gray has received more than 1,221,011 page views. Her biography is available in 25 different languages on Wikipedia making her the 750th most popular actor.