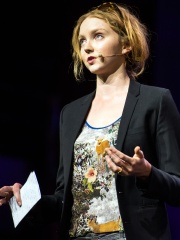 Lily Luahana Cole (born 27 December 1987) is an English model, actress and entrepreneur. Cole pursued a modelling career as a teenager and was listed in 2009 by Vogue Paris as one of the top 30 models of the 2000s. She was booked for her first British Vogue cover at age 16, named "Model of the Year" at the 2004 British Fashion Awards, and worked with many well-known brands, including Alexander McQueen, Chanel, Louis Vuitton, Jean Paul Gaultier and Moschino. Read more on Wikipedia

Since 2007, the English Wikipedia page of Lily Cole has received more than 1,468,068 page views. Her biography is available in 25 different languages on Wikipedia making her the 7,053rd most popular actor.