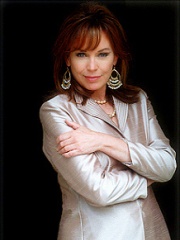 Among actors, Lesley-Anne Down ranks 2,418 out of 10,030. Before her are Tim Russ, Michael Winslow, Cherry Jones, Billy Boyd, Peter Strauss, and Rob Lowe. After her are Hayden Christensen, Sarah Rafferty, David Doyle, Bruce Davison, Shirley Jones, and Norman Wisdom.

Among people born in 1954, Lesley-Anne Down ranks 137. Before her are Paul Rusesabagina, Plastic Bertrand, László Krasznahorkai, Vitas Gerulaitis, Simonetta Stefanelli, and Carlos Agostinho do Rosário. After her are Bruno Metsu, Margot Wallström, Jerry Seinfeld, Scott Bakula, Will Patton, and Gerd Faltings.