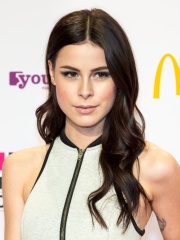 Lena Johanna Therese Meyer-Landrut (German: [ˈleːna]; born 23 May 1991), also known by the mononym Lena, is a German singer-songwriter. She rose to fame after representing Germany in the Eurovision Song Contest 2010 in Oslo, winning the contest with her song "Satellite". Both "Satellite" and her debut album My Cassette Player (2010) debuted at number one in Germany and became platinum sellers. Read more on Wikipedia

Since 2007, the English Wikipedia page of Lena Meyer-Landrut has received more than 1,449,195 page views. Her biography is available in 68 different languages on Wikipedia making her the 1,051st most popular singer.