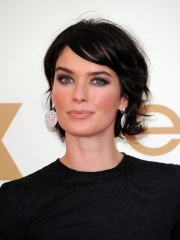 Lena Kathren Headey ( LEE-nə HEE-dee; born 3 October 1973) is a Bermudan-English actress, who gained international recognition for her acclaimed portrayal of Cersei Lannister on the HBO epic fantasy drama series Game of Thrones (2011–2019), for which she received five Primetime Emmy Award nominations and a Golden Globe Award nomination. Headey made her film debut in the mystery drama Waterland (1992). She continued to work steadily in British and American films and on television, before gaining further recognition with her lead performances in the films The Brothers Grimm (2005) and 300 (2007). Read more on Wikipedia

Others born in Bermuda

Among ACTORS In Bermuda