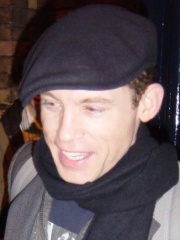 Lee John Martin Evans (born 25 February 1964) is a retired English stand-up comedian, film actor, musician, singer, and writer. He co-founded the production company Little Mo Films with Addison Cresswell, who was also his agent prior to Cresswell's death in December 2013.Evans became one of the United Kingdom's most popular stand-up comedians, with his Roadrunner tour grossing £12.9 million. He made his cinema debut with the Jerry Lewis comedy Funny Bones (1995), earning the Paris Film Festival Award for Best Actor, and went on to appear in the Hollywood films The Fifth Element (1997), Mouse Hunt (1997), There's Something About Mary (1998), The Ladies Man (2000), and The Medallion (2003). Read more on Wikipedia