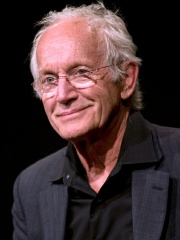 Lance Henriksen (born May 5, 1940) is an American actor and artist. He is known for his works in various science fiction, action and horror films, such as that of Bishop in the Alien film franchise, and Frank Black in Fox television series Millennium. He has done extensive voice work for Kerchak the gorilla in the 1999 Walt Disney Feature Animation film Tarzan (1999), General Shepherd in Call of Duty: Modern Warfare 2 (2009) and Fleet Admiral Steven Hackett (as well as Narl) in BioWare's Mass Effect video game trilogy (2007-2012). Read more on Wikipedia

Lance Henriksen is most famous for his portrayal of the android Bishop in the Alien franchise.