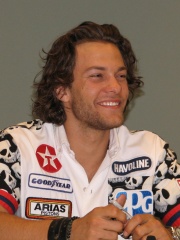 Kyle Schmid (born August 3, 1984) is a Canadian actor, best known for his roles as Alex Caulder in History's Six, Henry Durham in Syfy's Being Human, Robert Morehouse in BBC America's Copper and Aaron Abbot in The Covenant (2006). Read more on Wikipedia

Since 2007, the English Wikipedia page of Kyle Schmid has received more than 629,056 page views. His biography is available in 15 different languages on Wikipedia making him the 8,281st most popular actor.