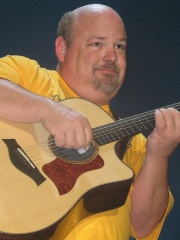 Kyle Richard Gass (born July 14, 1960) is an American musician and actor best known for being a member of Tenacious D, winner of a Grammy Award for Best Metal Performance, alongside longtime friend Jack Black. He also co-formed, and performs with, the bands Trainwreck and Kyle Gass Band. Outside of music, Gass makes sporadic appearances as an actor; his appearances include the films Elf and Kung Fu Panda, TV shows such as Friends and Seinfeld and various music videos for bands such as Good Charlotte and I Prevail. Read more on Wikipedia

Since 2007, the English Wikipedia page of Kyle Gass has received more than 1,346,648 page views. His biography is available in 35 different languages on Wikipedia making him the 3,579th most popular actor.