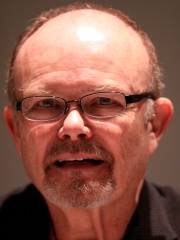 Kurtwood Larson Smith (born July 3, 1943) is an American television and film actor. He is known for playing Clarence Boddicker in RoboCop (1987), Robert Griggs in Rambo III (1988), and Red Forman in That '70s Show (1998–2006), as well as for his many appearances in science fiction films and television programs (Lou Grant, Star Trek, The X-Files). He also starred in the seventh season of 24. Read more on Wikipedia

Among actors, Kurtwood Smith ranks 1,372 out of 10,030. Before him are Katheryn Winnick, Paul Lukas, Brent Spiner, Jean-Gaspard Deburau, Solomon Mikhoels, and Robert Downey Sr.. After him are Jack Hawkins, Peter Lawford, Momoko Kōchi, Edward Mulhare, Will Ferrell, and Akim Tamiroff.