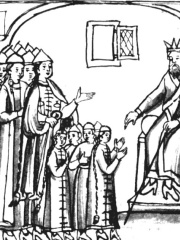 Kuchum Khan (Kuchum Khan of Sibir - Tatar: Küçüm, Күчүм, Russian: Кучум; in Siberian Tatar Köçöm is pronounced approximately as /kœtsœm/ - Көцөм; the name in English comes from the Tatar pronunciation) (died c. 1601) was the last khan (ruled 1563–1598) of the Khanate of Sibir. Kuchum Khan's attempt to spread Islam and his cross-border raids met with vigorous opposition from the Russian Tsar Ivan the Terrible (reigned 1547–1584), who sent a force of Cossacks to confront him head-on (c. Read more on Wikipedia

Page views of Kuchums by language