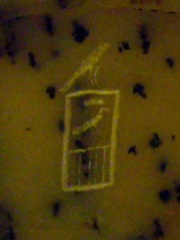 Khaba (also read as Hor-Khaba) was a pharaoh of Ancient Egypt, active during the 3rd Dynasty of the Old Kingdom period. The exact time during which Khaba ruled is unknown but may have been around 2670 BC, and almost definitely towards the end of the dynasty. King Khaba is considered to be difficult to assess as a figure of ancient Egypt. Read more on Wikipedia

Since 2007, the English Wikipedia page of Khaba has received more than 147,188 page views. His biography is available in 36 different languages on Wikipedia. Khaba is the 2,326th most popular politician (down from 1,800th in 2019).

Khaba is most famous for being the site of the first battle between the Arabs and the Persians, where the Arab forces led by Khalid ibn al-Walid defeated the Persians.

Page views of Khabas by language

Among politicians, Khaba ranks 2,326 out of 15,710. Before him are Al-Amin, Catherine of Navarre, Ptolemy Keraunos, Abolhassan Banisadr, Emperor Dezong of Tang, and Eleanor of Portugal, Holy Roman Empress. After him are Volusianus, Mus‘ab ibn 'Umair, Cecily Neville, Duchess of York, Occhiali, Al-Hadi, and Robert, King of Naples.