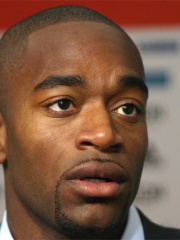 Kenneth Vermeer (Dutch pronunciation: [ˈkɛnət fərˈmeːr]; born 10 January 1986) is a Dutch footballer who plays as goalkeeper for Major League Soccer club Los Angeles FC and the Netherlands national team.A product of the Ajax Youth Academy, Vermeer has played for Jong Ajax, Willem II on loan, as well as the first team of Ajax with whom he won four consecutive national titles from 2010 to 2014. He is the current Dutch national team record holder for longest streak in goal without conceding in a match, having not conceded a goal since his debut in 2012. Read more on Wikipedia

Since 2007, the English Wikipedia page of Kenneth Vermeer has received more than 233,289 page views. His biography is available in 20 different languages on Wikipedia making him the 5,560th most popular soccer player.