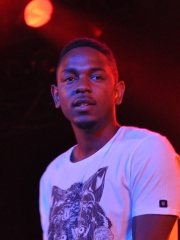 Kendrick Lamar Duckworth (born June 17, 1987) is an American rapper, songwriter, and record producer. He is often cited as one of the most influential rappers of his generation. Aside from his solo career, he is also a member of the hip hop supergroup Black Hippy alongside his former Top Dawg Entertainment (TDE) labelmates Ab-Soul, Jay Rock, and Schoolboy Q. Raised in Compton, California, Lamar embarked on his musical career as a teenager under the stage name K.Dot, releasing a mixtape titled Y.H.N.I.C. (Hub City Threat Minor of the Year) that garnered local attention and led to his signing with indie record label TDE. He began to gain recognition in 2010 after his first retail release, Overly Dedicated. Read more on Wikipedia

9to5Mac
Kendrick Lamar takes crown for most first-day album streams on Apple Music this year
Kendrick Lamar’s new album Mr. Morale & The Big Steppers has taken the crown for the most first-day album streams on Apple Music so far in 2022. The hip-hop/rap album released on Friday May 13 and is the performer’s fifth studio album. While the album has see…
Allison McDaniel
Rolling Stone
Kendrick Lamar Has Been Going Through Something
The Pulitzer Prize-winning rapper spends much of his fifth studio album deconstructing his own mythology. The result is at moments brilliant but on the whole, frustratingly uneven.
Jeff Ihaza
HYPEBEAST
Kendrick Lamar Gets Crucified Above the Ocean in "N95" Music Video
Kendrick Lamar has dropped off an accompanying music video for his Mr. Morale & the Big Steppers cut, "N95."Co-directed by Lamar and pgLang co-founder Dave Free, the visual is billed as the followup to "The Heart Part 5" — which does not appear on the new alb…
[email protected] (HYPEBEAST), HYPEBEAST
Pitchfork
Kendrick Lamar: Mr. Morale & The Big Steppers
Read Stephen Kearse’s review of the album.
Stephen Kearse