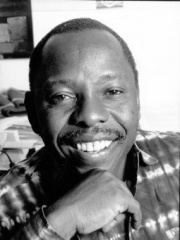 Kenule Beeson "Ken" Saro-Wiwa (10 October 1941 – 10 November 1995) was a Nigerian writer, television producer, environmental activist. Saro-Wiwa was a member of the Ogoni people, an ethnic minority in Nigeria whose homeland, Ogoniland, in the Niger Delta has been targeted for crude oil extraction since the 1950s and which has suffered extreme environmental damage from decades of indiscriminate petroleum waste dumping.Initially as spokesperson, and then as president, of the Movement for the Survival of the Ogoni People (MOSOP), Saro-Wiwa led a nonviolent campaign against environmental degradation of the land and waters of Ogoniland by the operations of the multinational petroleum industry, especially the Royal Dutch Shell company. He is also known as a critic of the Nigerian government, for its allegedly reluctant behavior to enforce environmental regulations on the foreign petroleum companies operating in the area.At the peak of his non-violent campaign, he was tried by a special military tribunal for allegedly masterminding the gruesome murder of Ogoni chiefs at a pro-government meeting, and hanged in 1995 by the military dictatorship of General Sani Abacha. Read more on Wikipedia

Among SOCIAL ACTIVISTS In Nigeria