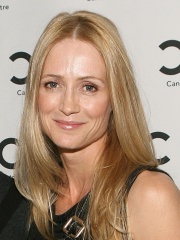 Kelly Rowan (born October 26, 1965) is a Canadian film and television actress and former fashion model. A native of Ottawa, Rowan studied acting in London and New York City before working as a model. She was subsequently featured in the horror film The Gate (1987) before earning critical acclaim for her performance in the Canadian television film Adrift, for which she won a Gemini Award for Best Actress. Read more on Wikipedia

Since 2007, the English Wikipedia page of Kelly Rowan has received more than 1,097,089 page views. Her biography is available in 22 different languages on Wikipedia making her the 3,872nd most popular actor.

Among actors, Kelly Rowan ranks 3,822 out of 8,832. Before her are Kim Hee-chul, Nina Andrycz, Steven Williams, Will Yun Lee, Doug Hutchison, and Virginie Ledoyen. After her are Francis Ford, Catherine Oxenberg, Zhou Xun, Bebe Daniels, Matthew Morrison, and Vijay.