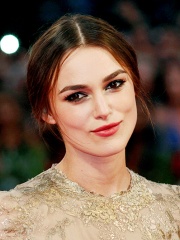 Keira Christina Righton (; née Knightley, born 26 March 1985) is an English actress. Known for her work in both independent films and blockbusters, particularly period dramas, she has received several accolades, including nominations for two Academy Awards, three British Academy Film Awards, and a Laurence Olivier Award. In 2018, she was appointed Officer of the Order of the British Empire (OBE) for her services to drama and charity.Born in London to actors Will Knightley and Sharman Macdonald, Knightley obtained an agent at age six, and initially worked commercials and television films. Read more on Wikipedia