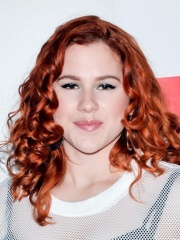 Kathleen Anne Brien (born 8 May 1989), better known as Katy B, is an English singer and songwriter. She released her debut studio album, On a Mission, in 2011, which spawned two top five hits, "Katy on a Mission" and "Lights On". In 2014 she released her second studio album, Little Red, which produced her third top five hit, "Crying for No Reason". Read more on Wikipedia

Since 2007, the English Wikipedia page of Katy B has received more than 612,470 page views. Her biography is available in 25 different languages on Wikipedia making her the 2,213th most popular musician.

Among musicians, Katy B ranks 2,219 out of 2,258. Before her are Andy C, Wolfgang Van Halen, Tay Zonday, Kevin Rudolf, Nina Gordon, and Matt Cardle. After her are Neko Case, Flume, Agnete Johnsen, Ty Segall, Danja, and Vitamin C.