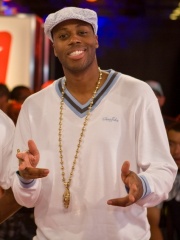 Jason Drew Harrow (born May 11, 1976), better known by his stage name Kardinal Offishall (), is a Canadian rapper, record producer, DJ, and record executive. Often credited as Canada's "hip hop ambassador", he is regarded as one of the country's best hip hop producers, and is best known for his distinctive reggae and dancehall-influenced style of hip hop.A native of Toronto, Offishall began his career in the city's mid-1990s underground hip hop scene, as a member of The Circle. He released several independent 12" singles, a debut album (Eye & I), and an EP (Husslin'), before signing with major label MCA Records in 2000. Read more on Wikipedia