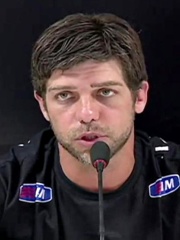 Antônio Augusto Ribeiro Reis Júnior (born 30 January 1975), commonly known as Juninho Pernambucano or simply Juninho, is a Brazilian former professional footballer who is the sporting director of French club Olympique Lyonnais. A dead-ball specialist noted for his bending free kicks, in particular the knuckleball technique which he developed, Juninho holds the record for the highest number of goals scored through free kicks and he is considered by many to be the greatest free kick-taker of all time.Juninho began his professional career in 1993 with Brazilian club Sport do Recife. Two years later he joined Vasco da Gama where he played over 100 matches and won six titles. Read more on Wikipedia