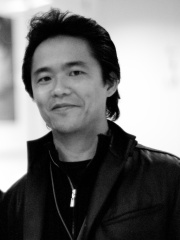 Junichi Masuda (増田 順一, Masuda Jun'ichi, born January 12, 1968) is a Japanese video game composer, director, designer, producer, singer, programmer and trombonist, best known for his work in the Pokémon franchise. He is a member of the Game Freak board of directors, and has been employed at the company since 1989 when he founded it alongside Satoshi Tajiri and Ken Sugimori.With the development of new Pokémon games, Masuda took new roles in future projects. He began to produce and direct games, starting with Pokémon Ruby and Sapphire, and became responsible for approving new character models. Read more on Wikipedia

Among COMPOSERS In Japan