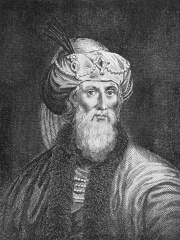 Titus Flavius Josephus (; Greek: Φλάβιος Ἰώσηπος; 37 – c. 100), born Yosef ben Matityahu (Hebrew: יוסף בן מתתיהו, Yosef ben Matityahu; Greek: Ἰώσηπος Ματθίου παῖς), was a first-century Romano-Jewish historian who was born in Jerusalem—then part of Roman Judea—to a father of priestly descent and a mother who claimed royal ancestry. He initially fought against the Romans during the First Jewish–Roman War as head of Jewish forces in Galilee, until surrendering in 67 CE to Roman forces led by Vespasian after the six-week siege of Jotapata. Read more on Wikipedia

Since 2007, the English Wikipedia page of Josephus has received more than 2,011,669 page views. His biography is available in 68 different languages on Wikipedia making him the 8th most popular historian.

Page views of Josephuses by language

Among historians, Josephus ranks 8 out of 292. Before him are Ibn Khaldun, Thucydides, Tacitus, Livy, Xenophon, and Sima Qian. After him are Polybius, Suetonius, Alexis de Tocqueville, Diodorus Siculus, Thomas Kuhn, and Manetho.

Among HISTORIANS In Israel