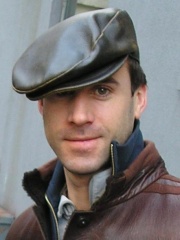 Joseph Alberic Twisleton-Wykeham-Fiennes (; born 27 May 1970), known as Joseph Fiennes, is an English film and stage actor. He is known for his portrayals of William Shakespeare in Shakespeare in Love (1998), for which he was nominated for the BAFTA Award for Best Actor in a Leading Role and the Screen Actors Guild Award for Outstanding Performance by a Male Actor in a Leading Role, Sir Robert Dudley in Elizabeth (1998), Commisar Danilov in Enemy at the Gates (2001), and Monsignor Timothy Howard in the second season of the TV series American Horror Story (2012–2013). Read more on Wikipedia