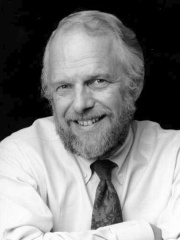 John Edward Warnock (born October 6, 1940) is an American computer scientist and businessman best known as the co-founder (with Charles Geschke) of Adobe Systems Inc., the graphics and publishing software company. Warnock was President of Adobe for his first two years and chairman and CEO for his remaining sixteen years at the company. Although retired as CEO in 2000, he still co-chairs the board with Geschke. Read more on Wikipedia

Since 2007, the English Wikipedia page of John Warnock has received more than 295,854 page views. His biography is available in 15 different languages on Wikipedia making him the 372nd most popular businessperson.