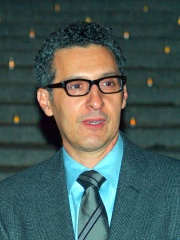 John Michael Turturro (; born February 28, 1957) is an American-Italian actor, writer and filmmaker, known for his association with the independent film movement. He has appeared in over sixty feature films and has worked frequently with the Coen brothers, Adam Sandler and Spike Lee. He began his acting career on-screen in the early 1980s, with his mainstream breakthrough coming with Lee's Do the Right Thing (1989) and the Coens' Miller's Crossing (1990) and Barton Fink (1991), for which he won the Best Actor Award at the Cannes Film Festival. Read more on Wikipedia

Since 2007, the English Wikipedia page of John Turturro has received more than 4,865,669 page views. His biography is available in 45 different languages on Wikipedia making him the 744th most popular actor.