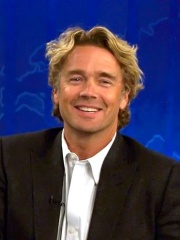 John Richard Schneider (born April 8, 1960) is an American actor and country music singer. He is best known for his portrayal of Beauregard "Bo" Duke in the American television action/comedy series The Dukes of Hazzard (opposite Tom Wopat, Catherine Bach and James Best), Jonathan Kent in the 2001–11 TV series Smallville, and James "Jim" Cryer on the television series The Haves and the Have Nots, created by Tyler Perry. Alongside his acting career, Schneider has been a singer since the early 1980s, releasing nine studio albums and a greatest hits package, as well as eighteen singles. Read more on Wikipedia