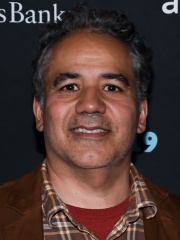 John Ortiz (born May 23, 1968) is an American actor and artistic director/co-founder of the LAByrinth Theater Company. He is known for his antagonist role as Arturo Braga in Fast & Furious (2009) and Fast & Furious 6 (2013), and Clyde in Jack Goes Boating (2010), which earned him a nomination for the Independent Spirit Award for Best Supporting Actor. Ortiz's other film performances include Guajiro in Carlito's Way (1993), Sheriff Eddie Morales in Aliens vs. Predator: Requiem (2007), Javier J. Read more on Wikipedia

Since 2007, the English Wikipedia page of John Ortiz has received more than 1,881,988 page views. Her biography is available in 17 different languages on Wikipedia making her the 4,820th most popular actor.