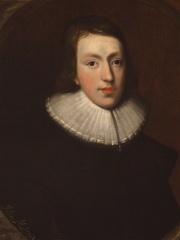 John Milton (9 December 1608 – 8 November 1674) was an English poet and intellectual who served as a civil servant for the Commonwealth of England under its Council of State and later under Oliver Cromwell. He wrote at a time of religious flux and political upheaval, and is best known for his epic poem Paradise Lost (1667). Written in blank verse, Paradise Lost is widely considered one of the greatest works of literature ever written.Writing in English, Latin, and Italian, he achieved international renown within his lifetime; his celebrated Areopagitica (1644), written in condemnation of pre-publication censorship, is among history's most influential and impassioned defences of freedom of speech and freedom of the press. Read more on Wikipedia

John Milton is most famous for his epic poem Paradise Lost.