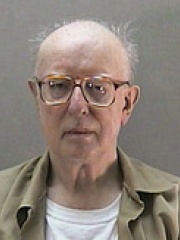 John Emil List (September 17, 1925 – March 21, 2008) was an American mass murderer and long-time fugitive. On November 9, 1971, List killed his wife, mother, and three children at their home in Westfield, New Jersey, then disappeared; he had planned the murders so meticulously that nearly a month passed before anyone suspected that anything was amiss. List assumed a new identity, remarried, and eluded justice for nearly eighteen years. Read more on Wikipedia

Since 2007, the English Wikipedia page of John List has received more than 2,266,389 page views. His biography is available in 15 different languages on Wikipedia making him the 160th most popular extremist.