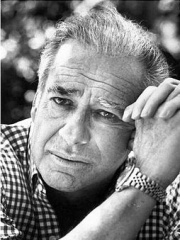 John Michael Frankenheimer (February 19, 1930 – July 6, 2002) was an American film and television director known for social dramas and action/suspense films. Among his credits were Birdman of Alcatraz (1962), The Manchurian Candidate (1962), Seven Days in May (1964), The Train (1965), Seconds (1966), Grand Prix (1966), French Connection II (1975), Black Sunday (1977), Ronin (1998), and Reindeer Games (2000). He won four Emmy Awards—three consecutive—in the 1990s for directing the television movies Against the Wall, The Burning Season, Andersonville, and George Wallace, the last of which also received a Golden Globe Award for Best Miniseries or Television Film. Read more on Wikipedia

Since 2007, the English Wikipedia page of John Frankenheimer has received more than 794,150 page views. His biography is available in 31 different languages on Wikipedia making him the 290th most popular film director.