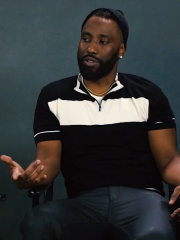 John David Washington (born July 28, 1984) is an American actor and former football running back. He played college football at Morehouse College and signed with the St. Louis Rams as an undrafted free agent in 2006. Read more on Wikipedia

Since 2007, the English Wikipedia page of John David Washington has received more than 7,446,606 page views. His biography is available in 19 different languages on Wikipedia making him the 7,266th most popular actor.