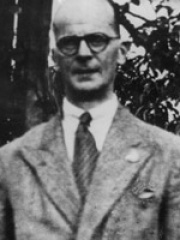 John Reginald Halliday Christie (8 April 1899 – 15 July 1953), known to his family and friends as Reg Christie, was an English serial killer and necrophile who was active during the 1940s and early 1950s. He murdered at least eight people – including his wife, Ethel – by strangling them in his flat at 10 Rillington Place, Notting Hill, London. Christie moved out of Rillington Place during March 1953; soon afterward the bodies of three of his victims were discovered hidden in a wallpaper-covered alcove in the kitchen. Read more on Wikipedia

Since 2007, the English Wikipedia page of John Christie has received more than 16,058 page views. His biography is available in 15 different languages on Wikipedia making him the 150th most popular extremist.