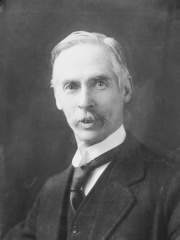 John Atkinson Hobson (6 July 1858 – 1 April 1940) was an English economist and social scientist. Hobson is best known for his writing on imperialism, which influenced Vladimir Lenin, and his theory of underconsumption.His principal and earliest contribution to economics was the theory of underconsumption, a scathing criticism of Say's law and classical economics' emphasis on thrift. However, this discredited Hobson among the professional economics community from which he was ultimately excluded. Read more on Wikipedia

Since 2007, the English Wikipedia page of John A. Hobson has received more than 161,913 page views. His biography is available in 17 different languages on Wikipedia making him the 213th most popular economist.

Page views of John A. Hobsons by language