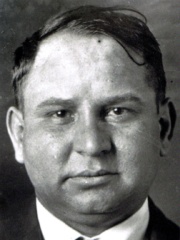 Giuseppe "Joe the Boss" Masseria (Italian: [dʒuˈzɛppe masseˈriːa]; January 17, 1886 – April 15, 1931) was an early Italian-American Mafia boss in New York City. He was boss of what is now called the Genovese crime family, one of the New York City Mafia's Five Families, from 1922 to 1931. In 1930, he battled in the Castellammarese War to take over the criminal activities in New York City. Read more on Wikipedia

Since 2007, the English Wikipedia page of Joe Masseria has received more than 1,820,640 page views. His biography is available in 17 different languages on Wikipedia. Joe Masseria is the 31st most popular mafioso.