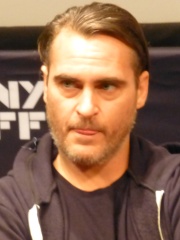 Joaquin Rafael Phoenix (; né Bottom; born October 28, 1974) is an American actor, producer, and animal rights activist. Known for playing dark and unconventional characters in independent films, he is the recipient of various accolades, including an Academy Award, a British Academy Film Award, a Grammy Award, and two Golden Globe Awards. In 2020, he was ranked 12th on the list of the 25 Greatest Actors of the 21st Century by The New York Times.Born in Puerto Rico and raised in Los Angeles and Florida, Phoenix began his career by appearing in television series in the early 1980s with his brother River. Read more on Wikipedia

Joaquin Phoenix is most famous for his portrayal of Commodus in the 2000 movie Gladiator.

Among ACTORS In Puerto Rico