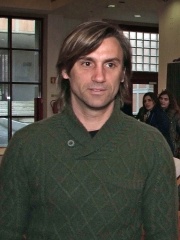 João Manuel Vieira Pinto CvIH (Portuguese pronunciation: [ˈʒwɐ̃w̃ ˈpĩtu]; born 19 August 1971) is a Portuguese retired professional footballer who played mostly as a forward. Blessed with playmaking and goalscoring ability, he made his name mostly at a domestic level and as a key figure in the Portuguese national team's "Golden Generation", collecting 152 caps and scoring 47 goals all categories comprised (81/23 for the senior team alone) and representing the country in one World Cup and two European Championships. At the club level, Pinto started his career with Boavista, but it was mainly associated with two of the biggest clubs in the country, Benfica and Sporting, with which he won one Primeira Liga each for a total of six major titles combined. Read more on Wikipedia