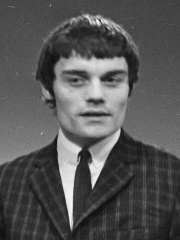 James George Nicol (born 3 August 1939) is an English drummer and business entrepreneur. He is best known for temporarily replacing Ringo Starr in the Beatles for a series of concerts during the height of 'Beatlemania' in 1964, elevating him from relative obscurity to worldwide fame and then back again in the space of a fortnight. Nicol had hoped that his association with the Beatles would greatly enhance his career but instead found that the spotlight moved away from him once Starr returned to the group, and in 1965 his subsequent lack of commercial success culminated in bankruptcy. Read more on Wikipedia