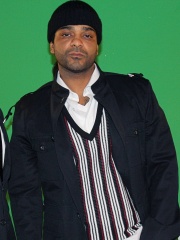 Joseph Guillermo Jones II (born July 15, 1976), better known by his stage name Jim Jones (formerly Jimmy Jones), is an American rapper and record executive. He is an original member of the hip hop collective the Diplomats (also known as Dipset), alongside longtime friend and fellow Harlem native, Cam'ron.In 2004, he released his debut solo album On My Way to Church. The release of his second album, Harlem: Diary of a Summer in 2005, coincided with Jones landing an executive position in A&R at Entertainment One Music. A year later he was on his third album Hustler's P.O.M.E. Read more on Wikipedia