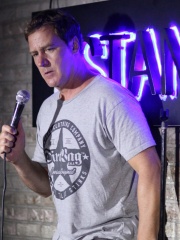 James Florentine (born August 18, 1964) is an American stand-up comedian, actor, author and television personality. He is best known for co-hosting That Metal Show on VH1 Classic and voicing several characters on Crank Yankers, including Special Ed and Bobby Fletcher. He hosts Metal Midgets on Sirius XM Satellite Radio and a podcast called Everybody Is Awful (Except You). Read more on Wikipedia

Since 2007, the English Wikipedia page of Jim Florentine has received more than 500,556 page views. His biography is available in 19 different languages on Wikipedia making him the 8,752nd most popular actor.