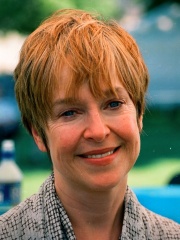 Jill Susan Eikenberry (born January 21, 1947) is an American film, stage, and television actress. She is known for her role as lawyer Ann Kelsey on the NBC drama L.A. Law (1986–94), for which she is a five-time Emmy Award and four-time Golden Globe Award nominee, winning the Golden Globe for Best Actress in a Drama Series in 1989. She received an Obie Award in 1986 for the Off-Broadway plays Lemon Sky and Life Under Water, and was nominated for a 2011 Drama Desk Award for the Off-Broadway musical The Kid. Read more on Wikipedia

Since 2007, the English Wikipedia page of Jill Eikenberry has received more than 380,748 page views. Her biography is available in 15 different languages on Wikipedia making her the 7,007th most popular actor.

Among actors, Jill Eikenberry ranks 6,958 out of 8,832. Before her are Jonathan Adams, Raven-Symoné, Michael Michele, Hayley Kiyoko, Matt Walsh, and Kathryn Newton. After her are G.E.M., Googie Withers, Felipe Colombo, Geoffrey Blake, Helly Luv, and Uee.